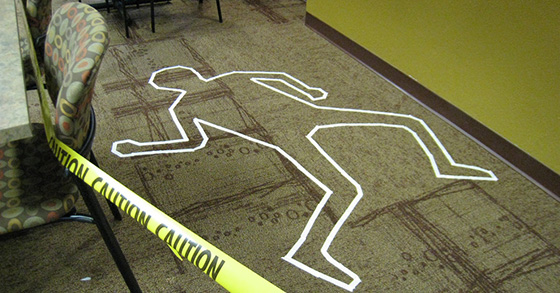 A Sydney office worker has died after being attacked by a colleague committed to continuing the tradition of giving people a pinch and a punch on the first day of every month.

The victim, an 83-year-old Coogee resident, was rushed to Bondi Hospital early this morning after receiving the deadly pinch-punch combo as he arrived at work.

“It’s a tragedy, but I can’t see how it could’ve been avoided,” a police spokesperson said. “Unfortunately for the victim, it’s the first day of the month, which makes this sort of attack not only legal, but expected.”

The attacker, a 23-year-old mixed martial artist said he “felt sorry” for the victim, but also noted that “he should have stayed away from the office until after lunch and maybe built up his strength with an extra crumpet or something”.

One witness described it as “one of the best pinches [he’d] ever seen”.

“He must have hit a pressure point as the old guy froze and couldn’t get his hands up in time to block the swift right hander that followed. It was kinda beautiful, really,” he said.

The victim was due to retire at the end of the week.