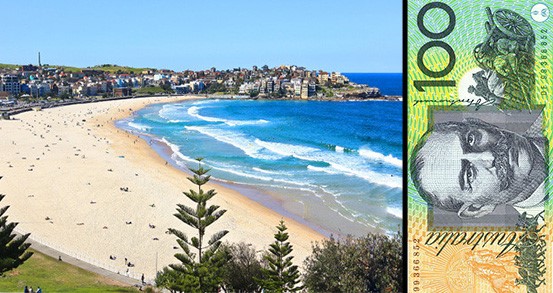 The amount of cocaine found on banknotes circulating Bondi is now worth more than the money itself, new research has shown.

Bondi banknotes carry so much cocaine they are now officially classed as narcotics in their own right, prompting many in the fashionable suburb to simply eat banknotes on a night out instead of swapping them for the drug, a NSW Police Narcotics Connoisseur told The Sydney Sentinel.

“It’s hard to police,” he said. “Bondi banknotes look much the same as any other Australian currency, so standard wallet inspections don’t cut it. We’ve had to resort to confiscating all money found on any person in Bondi who appears to be having a nice time.”

Bondi police have confiscated more than $800,000 worth of possible drug money in the past hour alone, and promise not to sleep until the problem comes down.