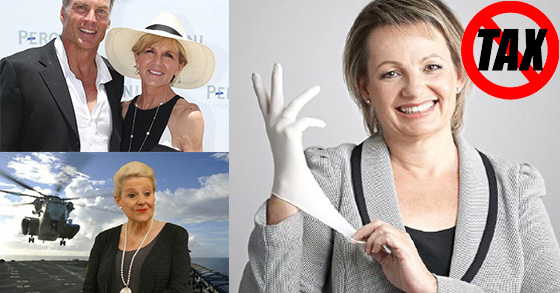 The ATO has announced that paying taxes will be optional for the first time this financial year, in a gesture of goodwill following the ridiculous things MPs have charged taxpayers for in the past 12 months.

The public should not be charged for chartered helicopter rides, lobster sausages at Bunnings and all-expenses-paid days at the Portsea Polo, an ATO spokesperson said.

“Not one cent of tax payer money has been invested in schools, roads or health this year,” she said. “The only tax money used not directly on MP luxuries this year was contracting welfare debt squads to claw back welfare over-payments. And rumours have circulated that money was being chased to build a private Wet’n’Wild-style water park in Parliament House, Canberra.

The public has welcomed the news with empty wallets. “Just like the ‘towels optional’ sign at my local sauna, I can’t imagine many people going for that option. I know I won’t be giving them a single wad,” Dan from Darlinghurst said.

MPs found guilty of misusing taxpayer funds will be forced to see out their days on a “harsh” $800,000-per-year severance package and a job in the private sector.