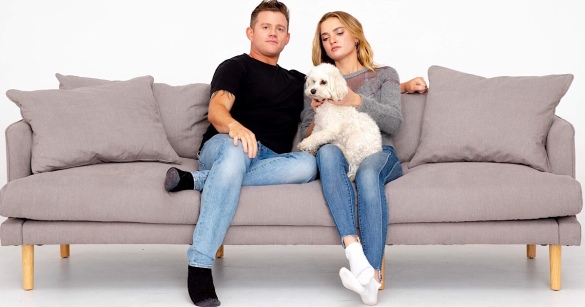 A local man has thoughtfully bought his girlfriend a stunning new couch.

While this has been received positively in the household as a benevolent move, locals familiar with the man feel he’s up to his old tricks.

“Knowing that he’s sentenced to the couch most evenings, he may as well ensure the couch has all the modern comforts.”

“I tend to get a bit dodgy on the grog-bottles if I’m being honest,” the man said.

“There’s actually a running joke with my friends when we go on a bender (Ed: Tuesday trivia), being ‘who’s gonna be in the doghouse tomorrow’? This is now funny to everybody except me”.

The man’s main squeeze has ignored the rumours regarding his alternate motives for buying such a comfortable sofa.

So it’s smiles-all-round as the couple enjoy the latest episodes of Storage Wars and enjoy Uber Eats on their new Companion Couch.

Amazingly – the man hasn’t been sent back to the doghouse after truthfully revealing what he paid for the new couch.

<Article written to give you a laugh, and get you into a better couch thanks to my (non -made-up) pals at Companion Couch.>